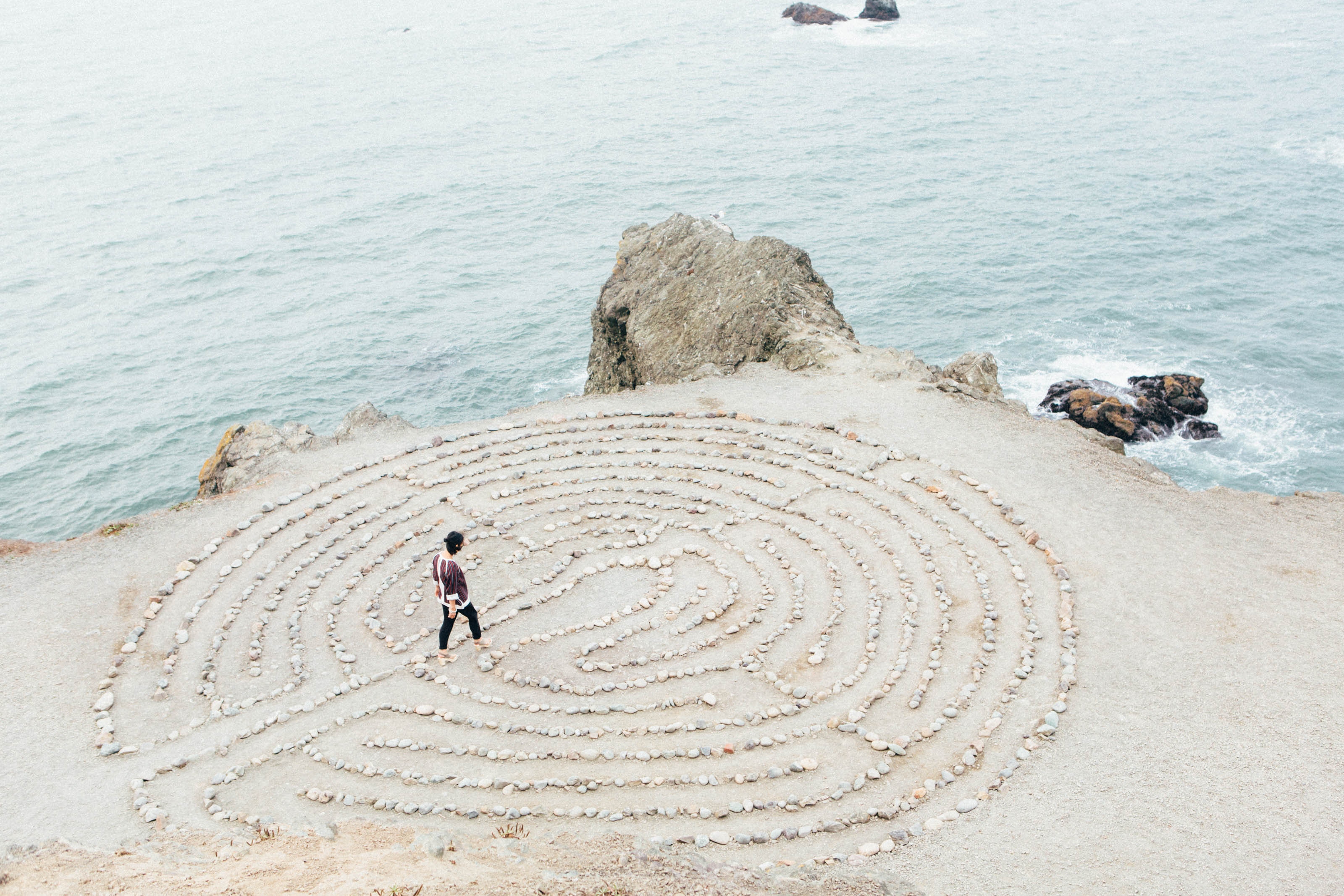 It is well known, that throughout history, mankind has craved natural & supernatural healing powers that Earth has to offer for our ranges of ailments and issues. Luckily for us, these mystic places have been found all around the world, that our ancient forbearers attached spiritual or religious significance to and played important roles in their respective cultures.

Many of us flock to these destinations in order to better or heal ourselves, with some real and unexplainable miracles occurring for a handful of individuals. Some are still used for ancient rituals that take place in modern day, whilst others have been lost to time and myth. However, those who visit still feel that crackle of special energy and a surge of what can only be described as magic.

Here are some of those magical destinations:

Undoubtedly one of the most famous sites in the UK. There are many myths and theories that revolve around Stonehenge and are attributed to this mysterious site. One legend says that the Wizard, Merlin instructed a giant to build it for him. This is due to the uncertainty of how the large stones were placed there in the first place as they were taken for over 200 miles away and the wheel hadn’t even been invented by this point in time. During the 1600’s, a popular theory was that the monument had been built by the Druid’s and is still a widely-held belief today.

Adding to the mysticism of the stones are diverse (and often peculiar) explanations for their purpose as to why they are there. Such opinions have ranged from astronomy to religion, and even to extra-terrestrial origins. Among these theories exists the notion that Stonehenge is actually a sanctuary for healing, and it becomes fairly viable when you consider that human remains have been found buried at the site. Upon examination, the bones show that the deceased show clear evidence of illness, and that many of them had travelled from various parts of the country.

This would suggest that the individuals had possibly made the trek to Stonehenge in the hope of finding healing powers there to cure their illnesses. Either that or it was just a burial site. Either way, over one million people visit this site every year making it a popular spiritual destination. 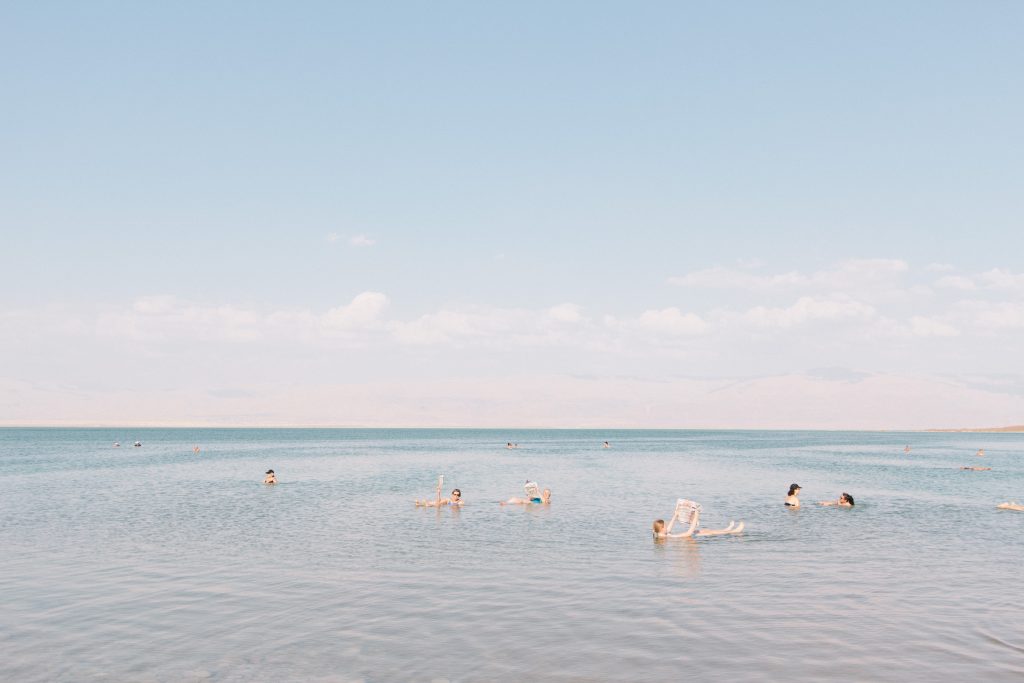 This enthralling body of water is located near Jerusalem and is also the lowest point of any landmass on Earth – roughly 400 metres below sea level. This super salty lake, other than being very buoyant, is also said to provide swimmers with numerous healing properties, that cure most minor ailments.

Due to its extraordinary salinity, the Dead Sea got its morbid name because no life can flourish in its waters. The salt itself is a combination of other minerals such as magnesia, bromine and iodine, that deliver the lake with its seeming healing abilities which drive many people there to be cured.

This combination of minerals in the salt water has been proven to have a positive effect on the nervous system and various glands, as well as having as anti-allergic effect on the skin and bronchial tubes. The absence of polluting contaminants makes for pure air, which eases bronchitis and bronchial conditions.

One of the major breakthroughs found from bathing in the Dead Sea is that is has a dramatic effect to mitigate and even cure people suffering from psoriasis which is a form of scaly rash that covers parts or all of the body and is thought to be due to an immune system problem. On top of this, it is also known to help with muscle spasms and rheumatic conditions, as the high salt concentration prevents the body from sinking during physiotherapeutic water exercises.

The Dead Sea is also mentioned in connection with its healing qualities in the Bible as well. Later these healing qualities are mentioned in the writings of monks at different periods and acclaimed in countless local tales. Remnants of a roman aqueduct on the slopes of Ein Navait testify that the hot water of the spring was transported for use at the fortress nearby. 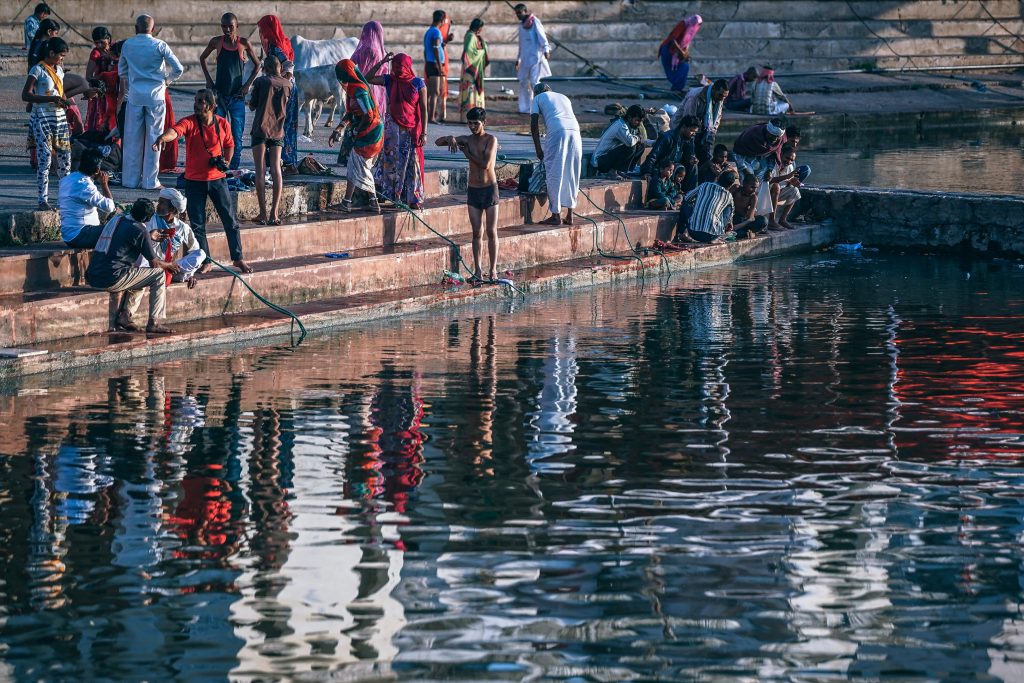 This 2,510 km stretch of Indian river is notoriously known for its significant beauty and spiritual healing qualities. It meanders down from the breath-taking Himalayas, through one of the most densely populated areas on Earth (roughly 100 million people) and drains into the Bay of Bengal. Unsurprisingly, by the time the river has flowed this city there are high levels of contamination and pollution in the water, that is untreated and contains sewage. If that wasn’t enough to put you off going into the water, then this will – thousands of cremated human bodies are strewn into the Ganges each year.

It has healing powers?

So why does it have spiritual and healing powers and why do thousands of people jump into this gross water? Well, scientists have found evidence and are starting to believe that the notion behind the Ganges River mystical influences due to bacterial activity. This activity has the ability to kill bacteria, and due to the high concentrations of bacteriophages (AKA Phage), which attack and kill bacteria and pathogens in the body. The reason as to why no one gets sick or ill from frolicking in this water is because the bacteria is highly strain specific and essentially harmless to humans.

Phage therapy is already used to treat infections linked to bacteria, so perhaps the idea of the Ganges as a destination for healing isn’t so far-fetched. There is major concern about antibiotic resistance, due to the misuse or overuse of antibiotics themselves and so phage therapy could be the bridge to close the gap between an ancient belief and modern medicine. 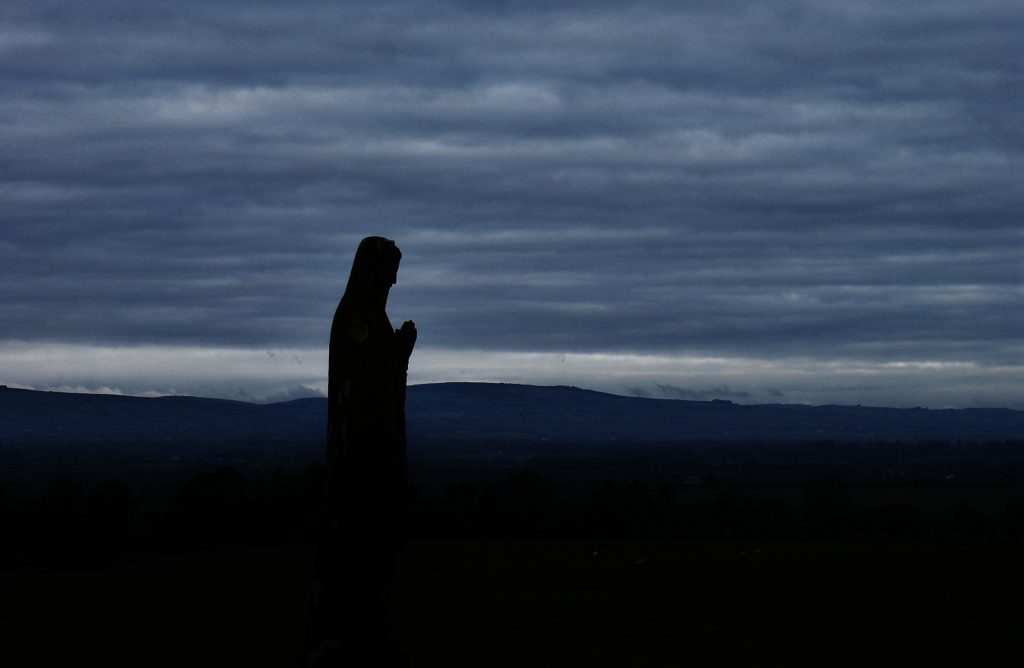 Most notably known for being the famous healing shrine in the world and also one of the most-visited pilgrimage sites for its supernatural abilities. It was a small market town in France and on February 11th1858, it is said that a young servant girl named Bernadette Soubirous claimed to see a glowing vision of a woman in white above her in the opening of a rock entrance. This happened to her a further seventeen times over the course of five months, and the Roman Catholic Church eventually declared as authentic appearances of the Virgin Mary.

Since these sightings, Bernadette instructed the villagers to build a church there and up until modern times people have flocked from all over the world in their millions to hopefully encounter a cure. During Bernadette’s ninth apparition, she astonished hundreds of people who were present by suddenly falling to her knees and digging the dirt.

The lady had told her to dig, and when she did, a spring appeared. A few days later a woman supposedly immersed her injured arm in the water and was miraculously healed. Once word of the healing spread, even more people flocked to the grotto.

It is now common practice for pilgrims to this site, to fill up water bottles and drink from taps linked to the grotto in the hope of being healed by the Virgin Mary. So far, sixty-six cases have been officially documented by the Roman Catholic Church, which maintains a Medical Bureau at the shrine. Cures must meet a stringent set of criteria and prior to going to Loudre’s, the person must have received a medical diagnosis of an illness that is regarded as incurable by any current means. Once cured it has to be compete and permanent. 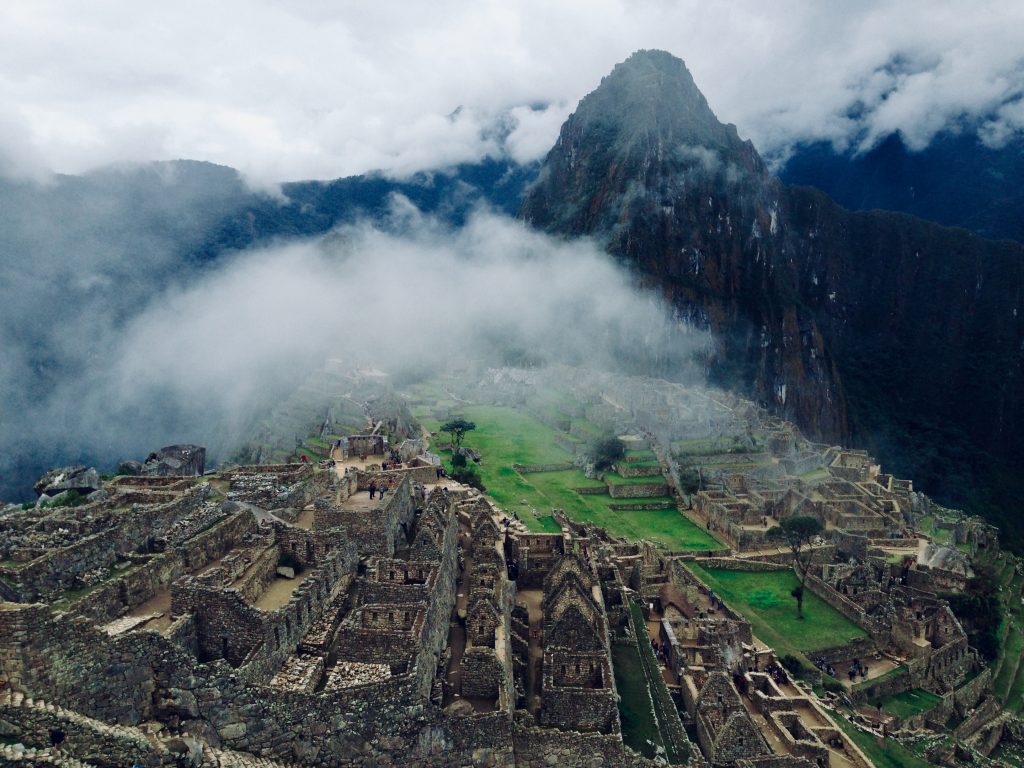 Last but certainly not least is the mystical Machu Picchu that was built by the Incas and is one of the Seven Wonders of the World and is known as ‘The Lost City’. It is a citadel which is made up of palaces and temples, dwellings and storehouses and is a site fulfilling ceremonial religious functions.

It is said that energy fields allegedly intersect here in the mountains and jungle at an altitude of 2500m above sea level. This ancient city, is a mystery to this day as it is still unknown why it was built there and for what purposes. Some say that it shows our ancestors had the ability to utilise ethereal energy like many other spiritual places around the world, as it was built on a strong site of energy concentration.

According to many spiritual researchers, it can be called one of the world’s many ‘chakras’. Due to its rich quartz terrain, it is believed that this is acontributing factor to the spiritual and physical effects on the people that visit there. Quartz is believed to be a natural healing crystal and is used in many holistic practices.

The primary benefit of using quartz is that it is a healing & cleansing energy. It is also good for harmony, healing, psychic ability, clarity, and calmness, with healing properties that will balance the mental, physical, and emotional spiritual planes.

The Temple of the Sun, the Royal Tomb, the Sacred Plaza, the Main Temple, the Royal Residence, the Palace of the Inca Princess (Ñusta), the Ceremonial Centre and a large set of liturgical fountains, among others, make up the Machu Picchu citadel. The energy that supposedly radiates through the site comes from the great Mother Earth, or for the Inca people, Pachamama— which is one of their divinities. The people who visit these buildings recognise that they are taking part in not only an earthy adventure, but also a spiritual experience.

So, what are you waiting for?

The Best Destinations for a Solo Traveller